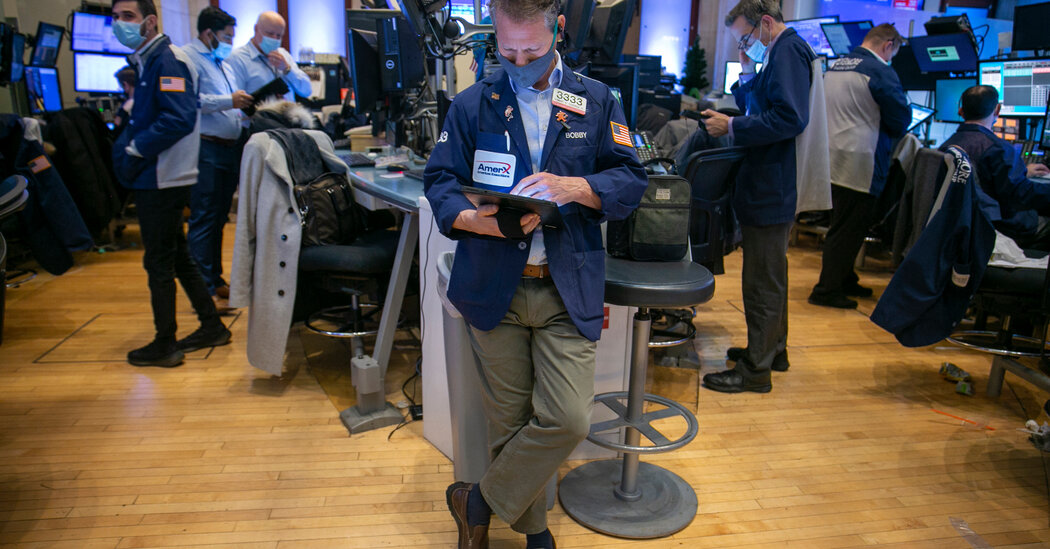 Stock markets took investors on another wild ride on Tuesday, plunging, recovering and then dropping again. The S&P 500 opened 1.5 percent higher on Wednesday, but what does that mean after a week of such stock swings?

The Federal Reserve’s policy announcement at 2 p.m. Eastern could provide some clarity, with uncertainty over what the central bank will say a key source of the recent volatility, according to market watchers.

Stock investors appeared to fret about how aggressively the Fed would act to fight inflation, and the details of its plans “will provide some much-needed clarity on where the Fed officials’ heads are,” said Anu Gaggar, a strategist for Commonwealth Financial Network.

That said, the jitters in stocks haven’t been reflected in other major markets, the DealBook newsletter notes. Some strategists think that those markets might give a better signal of what’s next for the economy, given the remarkable run-up in stock prices during the pandemic.

Government bonds, which in many ways are more closely tied to the Fed and the economy than stocks, appear to be taking developments in stride. Yields, which move inversely to prices, fell over the past week, which is normally a sign of nerves, but not by much.

“The bond market is not willing to move decisively in one direction or another because the economy is still in pretty good shape,” Vincent Deluard, a strategist at StoneX Group, said.

Corporate bonds have also remained in check, which suggests that investors aren’t overly nervous about the prospects for economic growth (a key factor in company creditworthiness). In 2008, for instance, corporate bond spreads — the difference between company debt yields and their government equivalents — rose 4 percentage points. In early 2020, spreads rose by nearly 3 percentage points. Over the past two months, corporate spreads are up less than a fifth of a percentage point.

The recent re-pricing in bonds has been “pretty orderly,” said Eddy Vataru, a bond fund manager at Osterweis.

NZ dollar flat ahead of CPI and the Fed

US Trade Deficit Expands By $101 Billion Despite Bottlenecks

US Trade Deficit Expands By $101 Billion Despite Bottlenecks

Flasko (FLSK) Has The Potential To Surpass Polkadot (DOT) and…

USD/JPY roars back after solid NFP

Why dollar-cost averaging may pay off amid stock market volatility