3 No-Brainer Dividend Stocks to Own in a Market Crash 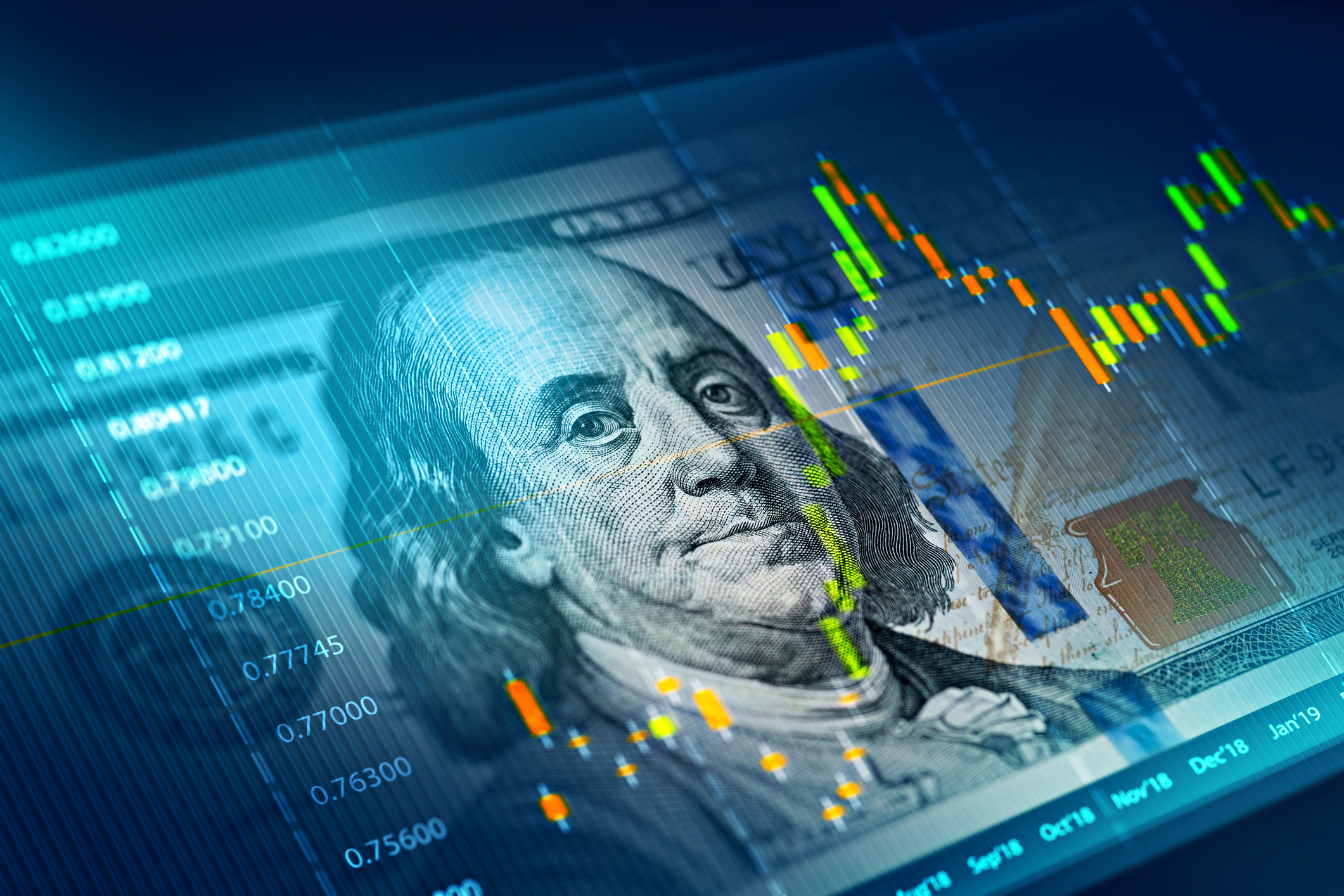 Stock market crashes can be difficult to endure. However, one way investors can blunt some of the impact of a sell-off is to own high-quality dividend stocks. These companies provide some return during the downturn to help offset some of the stock price decline.

While not all dividends can withstand a prolonged economic downturn that usually causes a crash, some stand out for their ability to not only maintain their dividend payments but also continue to grow them during tough times. That makes them no-brainers to own through a crash. Three of these crash-proof dividend stocks are Enterprise Products Partners (NYSE:EPD), Waste Connections (NYSE:WCN), and Brookfield Infrastructure (NYSE:BIPC)(NYSE:BIP).

A steady flow of cash

Reuben Gregg Brewer (Enterprise Products Partners): With a distribution yield of 7.7%, midstream giant Enterprise Products Partners should be pretty enticing to dividend investors today. Indeed, that yield is still toward the high end of the master limited partnership’s (MLP’s) historical yield range. But what’s really interesting here is that, even during the deep energy sector downturn in 2020, Enterprise easily covered its distributions. Distributable cash flow covered the distribution by 1.6 times in 2020, improving to 1.7 times in 2021. 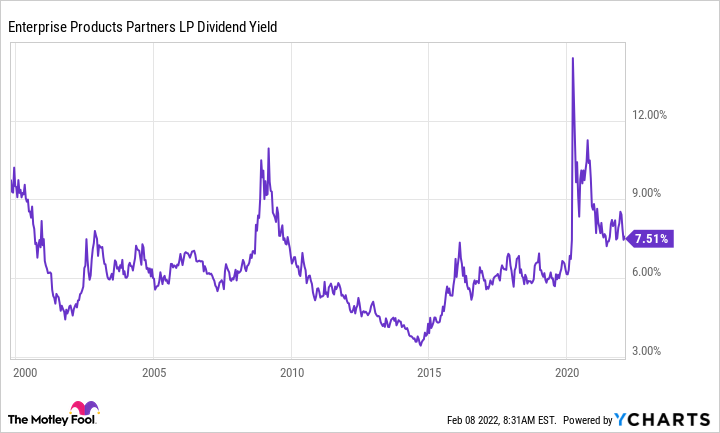 A big piece of that is the business model, which is driven by fee-based infrastructure assets. Essentially, the partnership’s massive collection of pipelines, storage, processing, and transportation assets is used to move energy around, but the price of the energy flowing through its system isn’t all that important — demand is. And overall demand for oil, natural gas, and the things into which they get turned remains pretty resilient even when times are tough. Thus, Enterprise’s cash flows are fairly robust, allowing it to pay unitholders generously regardless of what is going on in the market.

On top of that, Enterprise is conservative with its balance sheet, sporting a ratio of debt to earnings before interest, taxes, depreciation, and amortization (EBITDA) that’s at the low end of its closest peer group. A strong financial foundation, a strong business, and ample distribution coverage — that sounds like a good place to hide in a storm, so you can focus on the cash you’re collecting instead of the gyrations of the market and economy.

The multibagger stock no one knows about

Neha Chamaria (Waste Connections): It’s not easy to watch your portfolio’s value dip during a market crash, but receiving regular, passive income even when the market’s falling can make a huge difference. That’s where dividend stocks come into the picture, and one dividend stock you’d want to own even during a market crash is Waste Connections, the waste management giant that serves more than 8 million customers across 44 states in the U.S. and Canada.

Waste Connections first paid a dividend in 2010, and has grown dividends at a compound annual rate of 15% since. So in each of the past 10 years, the company increased its dividend by double-digit percentages, the last being a raise of 12% in October 2021. The chart below shows the stunning growth in Waste Connections stock in the past decade, as well as the value reinvested dividends have added to the stock’s return during the period. 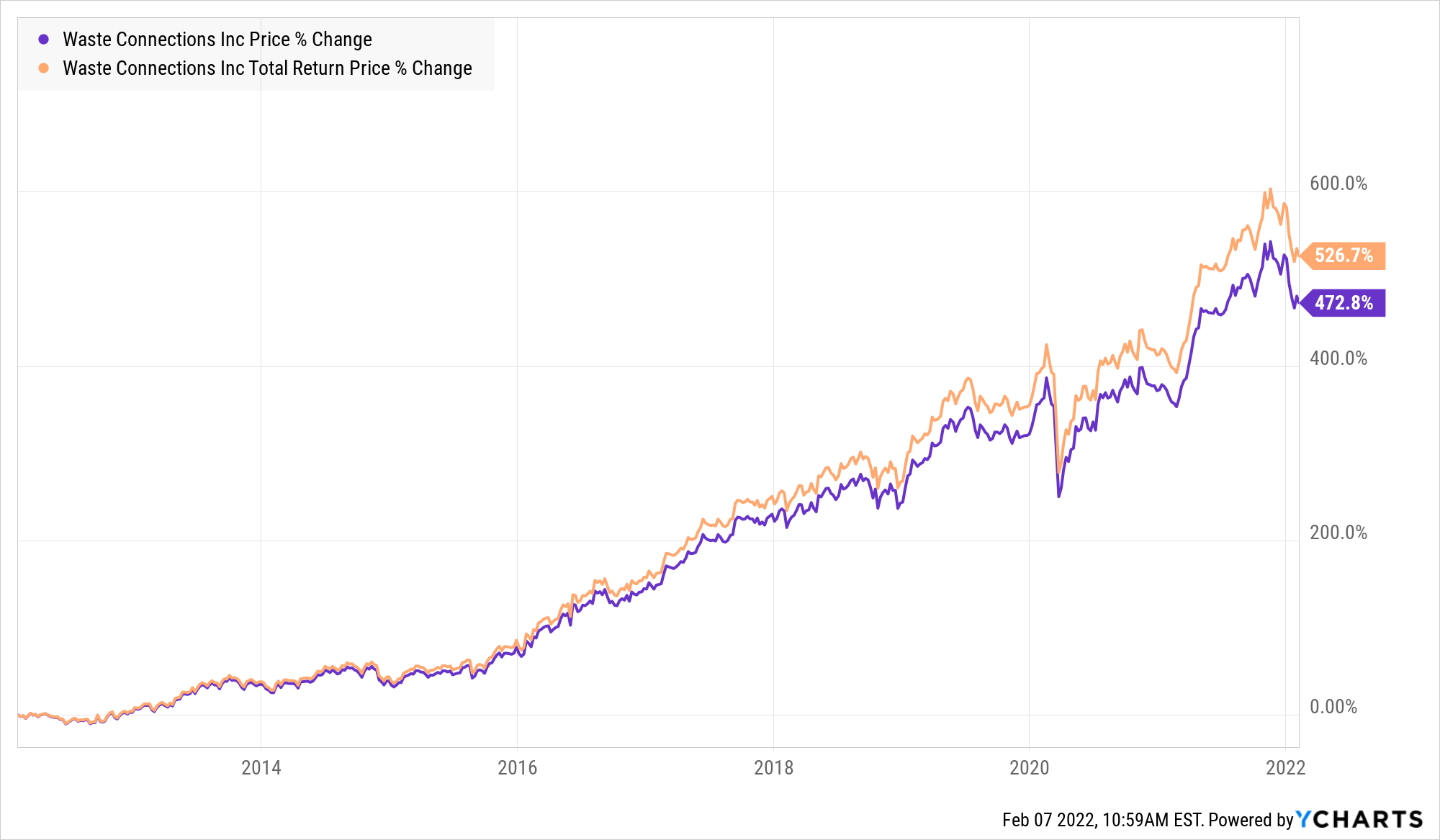 So how has Waste Connections been so consistent with dividends? Aside from its recession-proof business of waste management, Waste Connections’ emphasis on exclusive service-provider agreements and focus on expansion in new markets has hugely helped bolster the company’s growth. For perspective, nearly 64% of the capital Waste Connections invested in the past five years went to acquisitions while the rest was spent on internal growth and dividends. This stability of business and commitment to dividends makes Waste Connections a fine stock to own for all times.

Brookfield would go on to book a quick profit of $40 million during the second quarter as the market recovered. However, it held on to a few positions hoping that a deal would materialize. One of those positions turned out to be Inter Pipeline, which Brookfield offered to acquire in September 2020. While it initially faced resistance and a rival bidder, Brookfield eventually won those battles and bought the company last year. The deal paid immediate dividends, helping drive strong fourth-quarter earnings growth. That deal should power continued growth in 2022 and beyond.

Brookfield can take advantage of market crashes because it always enters them in a strong financial position. Because of that, it can continue growing its business and dividend during rocky times. It most recently increased its dividend by 6%, marking its 13th straight year of growth. That stability amid the storm, combined with its ability to take advantage of opportunities that materialize during market crashes, makes Brookfield Infrastructure a no-brainer stock to own when the stock market is selling off.

As Ethereum (ETH) And Binance Coin (BNB) Fall, The Hideaways…